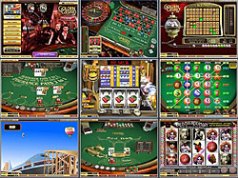 As far as one the most widely played online casino games remain blackjack online and slots online, they are considered the brand games at any online casino.

Blackjack game roots are in Europe. A lot of historians consider the game to be born in 17th century in Europe. It is widely accepted that the French players started with salons of the noble men and took the game called first "vingt-et-un" that is 21 in English. By the way, there is interesting evidence in the world literature, when the famous writer Miguel De Cervantes, the creator of the well-known adventures of Don Quixote, managed to write the story about the greatest cheat in blackjack and its sidekick. Further on the game was popularized all around the Europe and other countries of the world.

However, in 1931 in a small Nevada town, during the Great Depression in the USA economy, the blackjack history was made, when the gambling was legalized.

The history of casino slots machines was set up in the mid-1800s, when New York manufacturing company developed the so called "poker machine." However, the father of the modern prototype of the slots was a mechanic named Charles Fey. He managed to make the slots machine history. It happened, when he created the first slot machine with the automatic payouts. His first slot machine had only three reels with five various symbols: a diamond, a horseshoe, a spade, a heart, and a special symbol "Liberty Bell." The machine was named after this special symbol. Spins that resulted in 3 "Liberty Bells" won 10 nickels.

In modern times both online and land slots require the pull to start the reels spinning no longer. Now, the action can be started with a single click of a computer mouse. Modern slots offer variety, better percentages and full spectrum of the rewards available online.